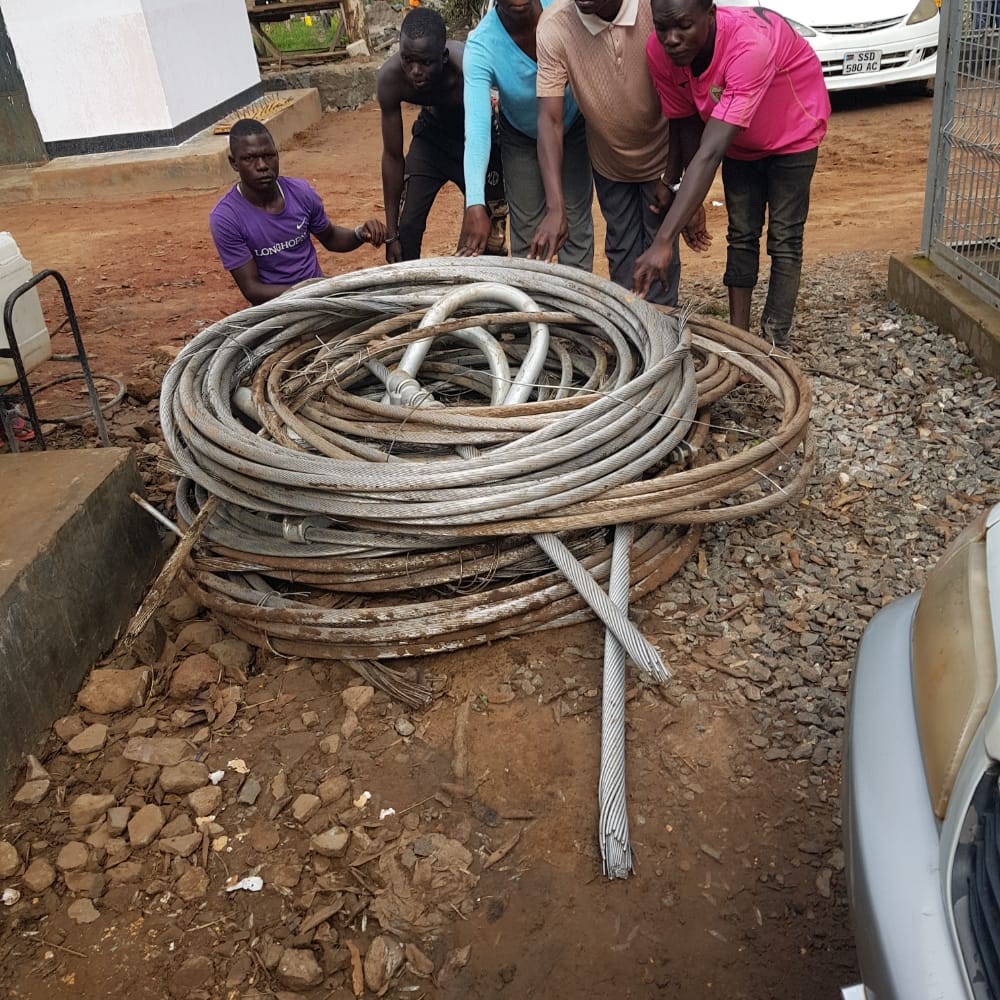 ARE WE TOO LATE?

The entire power transmission & distribution grids across the globe have become very susceptible to vandalism by unscrupulous characters. The twenty first century has seen mostly developing countries bow to the pressures arising out globalization, which has since resulted in “outsourcing” as a preferred option for obtaining services, to implement infrastructure projects. Consequently, this has created incentives for contracting business in the electricity transmission and distribution subsectors. Currently, the developing countries are experiencing an avalanche of small groupings in form of contractors who are occasionally contracted to execute electricity infrastructure development and maintenance works. The challenge that comes along with this is that these small contractors have no financial capacity to acquire all the business inputs that are required to sustain their businesses. They are not able to acquire sufficient tools and materials, which are usually not available in the native country, but have to be imported. Anecdotal preliminary evidence indicate that the sub-contractors hence resort to illegal means of acquiring these inputs through illicit trading by looking for the input through the “black market”.

The vice has become more pronounced in developing countries that lack technologies that can aid online network monitoring. More so, in the developing countries the networks are widespread in rural communities that have extremely poor access, with little or no security vigilance, and with no (or very little) community awareness of the need to protect and preserve the power infrastructure.

Without any exceptions, the electricity network in Uganda is currently at the peak of vandalism because all the conditions and situations described above being ripe and predominant. Both the distribution and transmission infrastructure run through rough and hard-to-access terrains, covered with vegetation without any form of surveillance for them. The network hence continues to attract the “vandals” who have, in the recent past, turned vandalism into a daily activity, causing huge losses to the utility operators and the country at large. Painfully to present, most of the vulnerable networks in Uganda have been established using borrowed funds and Government is still paying these huge debts whilst the networks are steadily being feasted on by the unscrupulous rogues.

The real impact of the vandals includes direct loss of hard-sourced financial resources borrowed to do these networks, failure to achieve the Government main objective of national industrialisation driven by increased electricity access and usage (as stipulated in the National Development Plan, NDP III). This industrialisation is expected to, in turn, transform Uganda through enhanced household income. Currently, the acts of these unscrupulous actors have been interpreted, by Government officials, as economic sabotage or terrorism because of the stress they put on the hard-sourced resources aimed at developing the country.

Relatedly, developing countries suffer from the challenges of unregulated scrap trading. This is where scrap collection centers are established by businessmen to buy all used items and resupply to a few factories that are able to reuse them as raw materials in their production processes. This type of business is very pronounced in developing countries that are in their infancy of industrialization. Yet there is no (or poor) regulation for this type of trade.

“Analysis from the number of incidences registered in the past eight months in Uganda, affecting both the distribution and infrastructure; it is visually observable that the actors squarely damage their loot in a manner that the items cannot be reused in construction of any network”, Said Eng. Protaze Tibyakinura – Chief Engineer UEDCL, adding that, over 90% of the vandalised items end up in scrap collection centres and are used in smelting plants as raw materials. The factors above have caused a lot of pressure on electricity transmission and distribution infrastructure in these countries to the extent that network vandalism has grown into a major worry for the utility operators. Quite often, the networks are vandalized by thugs who will, later sell the stolen materials to, either the local contractors, or to the scrap vending dealers. This vice has caused, and continues to cause, a critical challenge to the utility operators. It now requires the utility operators to work closely with the Governments to design security interventions that will alleviate this problem if investments in the utility infrastructure are to sustainably benefit their national economies.

IS THERE ANY HOPE?

In such a dire situation, one wonders where the hope will come from! The situation described above makes the readers, of this Article, feel like all is lost; it is like we as a country have given up and allowed the goons ravage and destroy the hard-earned electricity infrastructure that was built with the hope of transforming the country through enhanced industrialisation. Of course, I don’t blame anybody who develops such a thought. The truth is that we as a country have taken too long to act and take appropriate measures to stop this barbaric act! However, a number of efforts have now been made by the Ministry of Energy & Mineral Development (MEMD), leading the entire electricity sector in driving the ant-vandalism crusade through a number of approaches.

A) The Amendment of the Electricity Act: Credit is given to the MEMD for the efforts made and to ensure that the Electricity Act 1999 is amended. This took a lot of advocacy hard work to have the bill presented to the parliamentary committees, later presented on the floor of Parliament, discussed and approved. This was later assented to, by the Present to make it a fully-fledged Act of Parliament (a law into force).

This new Act offers hope for the fight against vandalism due to the extreme punitive punishments it has offered against perpetuators of network vandalism. Specifically, the law now gives a maximum sentence of UGX 1 billion, or 25-years jail sentence, or both, for anybody convicted of network vandalism. The Act further expounded on the definition of vandalism with total clarity to eliminate any gaps that the goons were exploiting in the past. It is expected that the new Act will provide measures that are deterrent enough and, will accordingly provide relief to the electricity network.

B) Coordination of Anti-vandalism Operations: The Ministry has set up an Anti-vandalism task force comprising of ALL security forces – led by the Uganda Police Force (UPF) and the electricity sector players. The task force has developed a vandalism response plan whose implementation will be spearheaded by the UPF and all other security Agencies countrywide. The MEMD continues to play the coordination and financing roles to ensure that all activities / operations are effectively carried out in order to fully implement the vandalism response plan.

It is hoped that this, together with the new act that provides better avenues for prosecution of the suspects, will deliver and save the electricity network.

The writer salutes the MEMD for the efforts so far employed to tackle the problem of network vandalism. Appreciates that the problem is a huge monster in the house that will require multi-plonged approaches if the infrastructure is to be saved, and saved quickly.

In my view, the Root Cause Analysis of this problem is associated with the spike in development in the industrial and manufacturing sectors. These two sectors are at the initial (formative) stage and, as a country, we are holding them like a baby. No one would want to see a baby fail to stand up, but rather we want to see the baby stand up and run! It does not matter whether the baby spoils a few household assets in the living room! As long as the baby sitter reports that the baby walked around, the parents are happy and will, surely not care about the spoilt assets!

That is the real problem that we are dealing with here! Unfortunately, the assets being vandalised are of very high value and we cannot afford to lose them as they may not be easily replaced.   of development that the country is currently experiencing (I know someone will argue that vandalism is not limited to only Uganda – this can be a topic for the next piece).

We as a country, have a challenge of “raising the babies” but also maintaining the assets that we have so far acquired a very high cost – which we shall as a country pay for so many years to come! The development of industries, factories is a good development that Uganda badly needs now. These industrialists, (it is assumed) will increase local production (and hence enhance local revenues), provide employment and generally transform the economy.

However, they will never deliver the “goods” listed above if they contribute to the destruction of the factor into their business setup – reliable and cheap electricity. They are the same category of consumers that demand for the cheapest tariffs (and the Government is currently looking for ways of offering a preferential tariff for them). Their request cannot be met if the cost of maintaining the electricity network is so high due to vandalism which they seem to benefit from – as a source of raw materials.

To crown this whole story, the efforts to curb network vandalism should concentrate on “killing” the market for the vandalised items which are sold as scrap. It will take a deliberate effort from Government and its relevant Ministries to do whatever it takes to meaningly engage all stakeholders to ensure that scrap trading is well regulated in this country. There will be need for proper legislation to be championed by the Ministry of trade and Industry, supported by Uganda Manufacturers Association. Certain decrees will have to be issued by the appropriate authorities (and should happen quickly) if the valued electricity network infrastructure is to be saved. 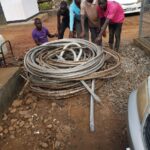 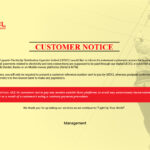 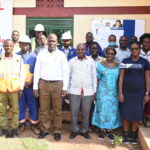 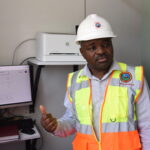 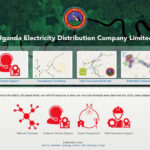 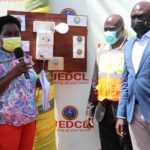 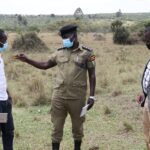 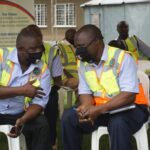 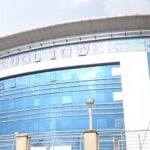 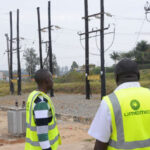